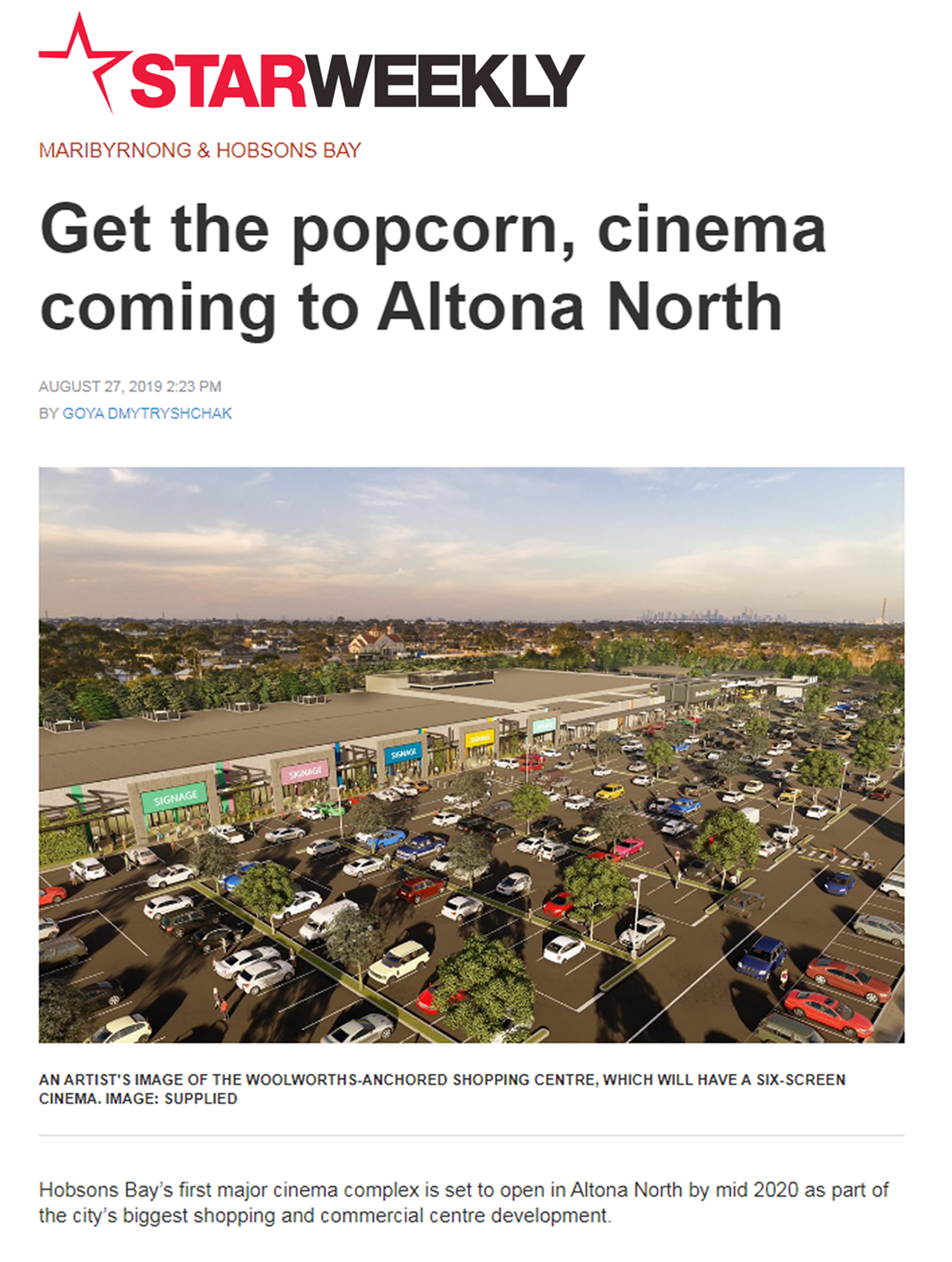 Back to all posts
13

Get the popcorn, cinema coming to Altona North

Hobsons Bay’s first major cinema complex is set to open in Altona North by mid 2020 as part of the city’s biggest shopping and commercial centre development.

Property fund manager Charter Hall is building the $70 million centre at 290-298 Millers Road, which is the last stage of the $250 million Millers Junction precinct.

The six-screen, 3000 square metre cinema complex will be next to a Woolworths-anchored shopping centre whose confirmed tenants include BWS and The Reject Shop.

“We’re in the final stages of negotiation,” he said. “We’ve sought and received consent from council for the usage and we’re very excited about the prospect of opening it in the first half of next year.

“It will be a full-scale cinema.”

The next closest cinemas are Village at Pacific Werribee and Sunshine, Sun Theatre in Yarraville and Hoyts at Highpoint.

“We have been chasing entertainment and a really good anchor for the centre that pitches into the desire to keep local people local,” he said.

“We’ve been pushing for that for some time.

“We think it’s a tremendous idea and we thought the idea was strong enough to present it to council and seek approval.”

“We have, for some time, been trying to respond to council’s desire to create more leisure and activity-based things for local residents to stay local.”