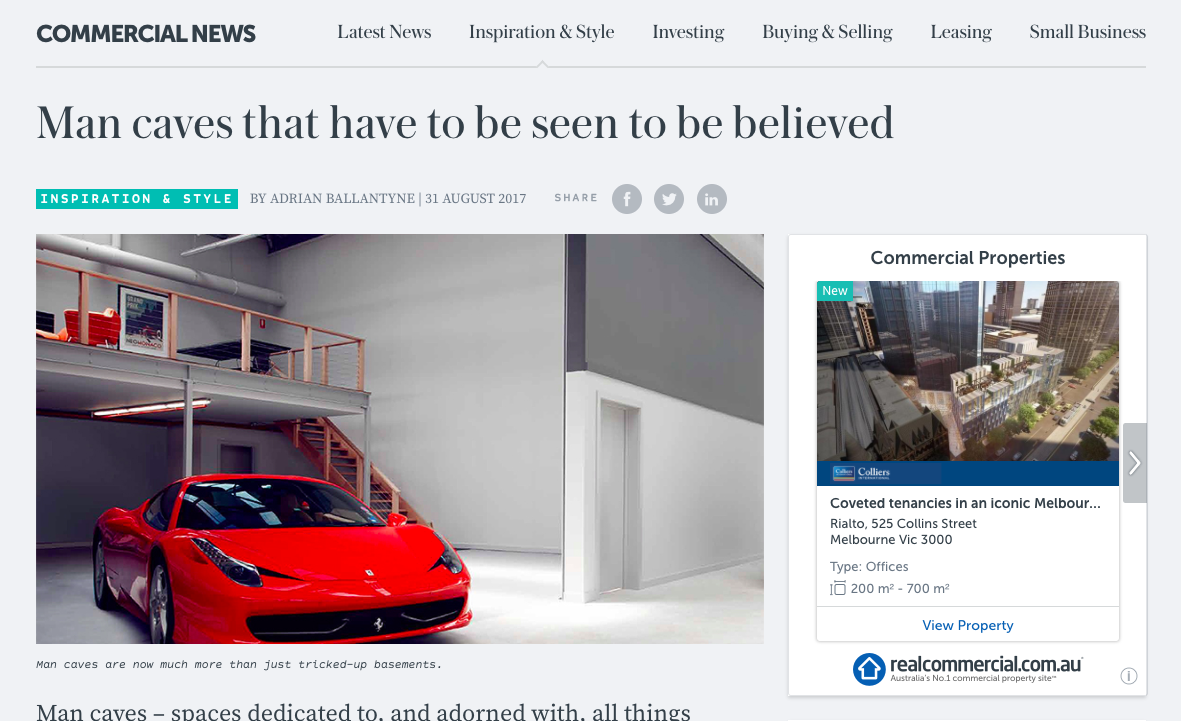 Back to all posts
20

Man caves that have to be seen to be believed

Man caves – spaces dedicated to, and adorned with, all things ‘bloke’ – are no longer just dingy retreats consigned to the basement or garage.

They’re an industry in themselves, with commercial spaces now set up and being marketed exclusively as hangouts for boys to park their toys and enjoy some downtime.

Facilities such as Mancave Storage, at Moorabbin in suburban Melbourne, are carving out a niche as upmarket storage options for men who don’t just want to garage their prized possessions and never enjoy them

At sizes ranging from around 140sqm to more than 240sqm, each storage unit is three to five times larger than some inner-city apartments, and has space for cars, boats, caravans and trailers.

Each unit also has its own bathroom, as well as a mezzanine level that can be set up as an entertainment area, office, or anything else that takes your fancy.

“Dads need a space where they can get away from everyone, whether it’s one square metre or 100 square metres. It’s almost like a refuge,” Mancave Storage chief executive Clinton Tilley says.

There’s also 24-7 security, an on-site cafe, a car wash and a manager.

Other facilities, including the ‘Industria’ complex at Knoxfield, offer similarly styled spaces, with toilets, mezzanine offices and the addition of kitchenettes.